How can civilians be protected from Weapons of Mass Destruction?

Recently, the State Parties to the Organization for the Prohibition of Chemical Weapons (OPCW) decided to suspend some of the

It is 2 minutes to midnight

Scientists have reset the Doomsday Clock: it is now 2 minutes before midnight, the same time as last year. Apart from 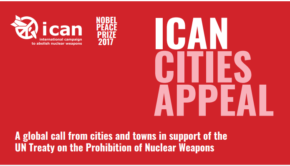 ICAN today launches the Cities Appeal, a commitment by cities and towns to show support for the Treaty on the 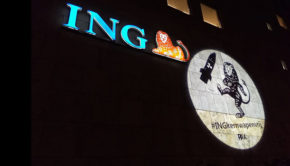 The iconic ING bank´s lion kicking away a nuclear cruise missile: that image was projected this evening onto the ING 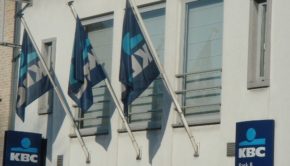 Major Belgian Bank KBC announced today that it will no longer invest in nuclear weapon producers. In a press release the