A world without nuclear weapons testing 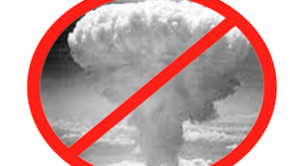 Today is the international day against nuclear tests. This is an important date in our collective efforts to achieve and