The representative sample with more than 1000 Dutch citizens shows that 5 out of 10 citizens want to get rid of US nuclear weapons in the Netherlands. These weapons are deployed on flight base Volkel in the Netherlands since the 50s. Over the years there have been strong public opposition against it.

People were also asked about how they think about the nuclear task for the JSF, the successor of the F-16. The poll shows that 45% of the Dutch citizens don’t want the Netherlands to invest in new fighter jets with a nuclear task. It makes people uncomfortable that Dutch pilots can make thousands of civilian casualties by using American weapons and that these weapons make the Netherlands vulnerable for retaliation attacks.

Treaty on the Prohibition of Nuclear Weapons

Below you can find an overview of the results of the opinion poll: 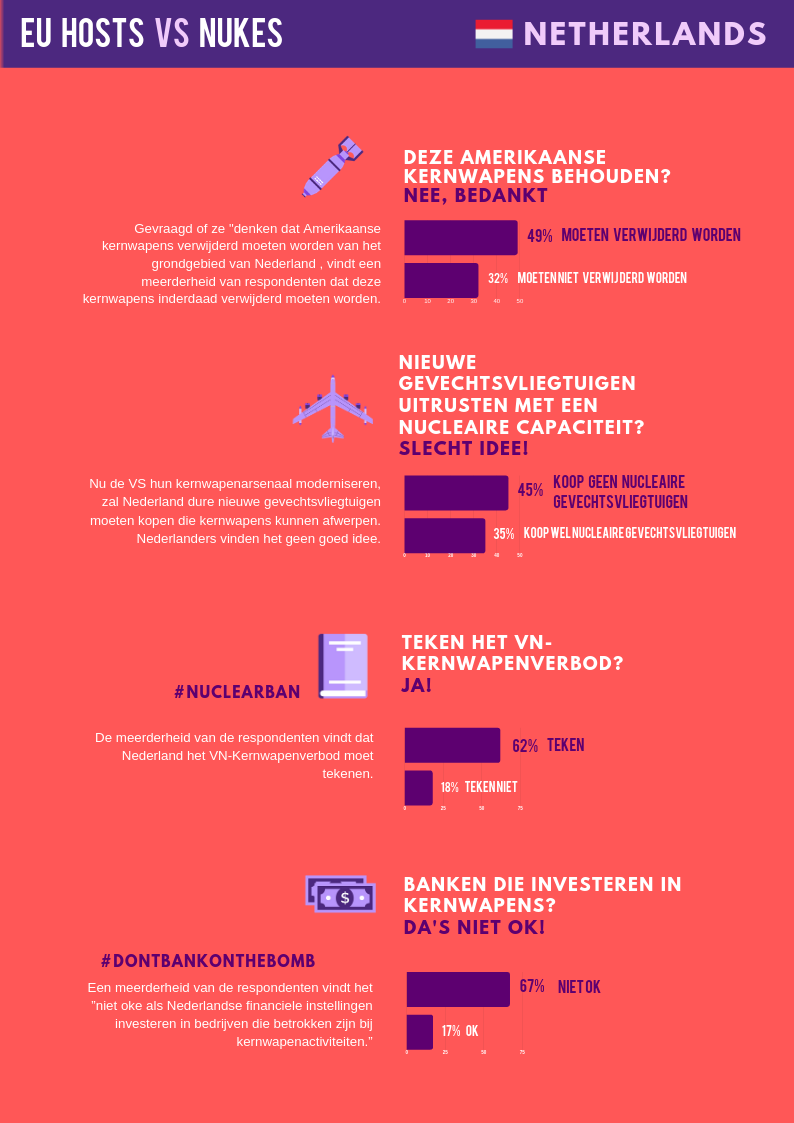