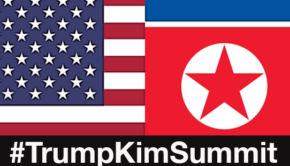 ICAN in Singapore for Summit Trump and Kim Jong-Un

The world eagerly awaited the historic summit between US President Trump and North Korean leader Kim Jong-un. While everyone is

Escalations in North East Asia are (again) raising the possibility of new conflict, potentially including nuclear weapons. This post is being