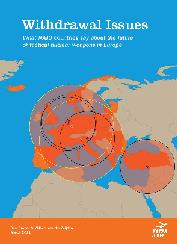 Withdrawal Issues: What NATO countries say about the future of tactical nuclear weapons in Europe

What do NATO countries really say about the deployment of U.S. tactical (or sub-strategic or non-strategic) nuclear weapons? Many assumptions have been made, and repeated in countless reports by the media and experts over the last few years. However, Netherlands-based IKV Pax Christi set out to interview all 28 NATO delegations, as well as NATO staffers concerned with nuclear planning and deployment, to ask how they assessed the future of tactical nuclear weapons deployment in Europe. The result of these interviews is now available in the report: Withdrawal Issues: What NATO countries say about the future of tactical nuclear weapons in Europe.

The key findings of the report show that there is sufficient political will within NATO to end the deployment of U.S. tactical nuclear weapons in Europe. Fourteen, or half of all NATO member states actively support the end of TNW deployment while ten other countries say they would not block a consensus decision to removed the weapons. Only three NATO members (France, Hungary and Lithuania) say they oppose an end to the TNW deployment, and only France has is willing to invest political capital to keep the weapons on the territory of Belgium, Germany, Italy, The Netherlands and Turkey.

Despite oft-repeated assumptions, there are no quick and easy formulae that accurately portray national positions. There is no clear relation between the duration of NATO membership and position on the TNW issue. The “new” NATO members are not more, or less, attached to the U.S. weapons than the “old” members. Likewise, proximity to Russia is no explanatory variable. Perhaps not so surprisingly, the more active countries are in nuclear sharing, the more vocal they are about wanting the weapons removed.

The process of deciding the future of TNW deployment is currently at an impasse. The Strategic Concept dictates that NATO first needs to “aim to seek” Russian agreement on reciprocal steps towards a TNW free Europe. But Russia refuses to talk about its TNW until the U.S. first relocates all its TNW back to the U.S.. To break the impasse needs careful planning by multiple actors in multiple arenas. 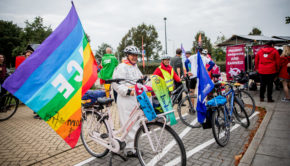 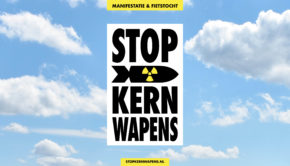