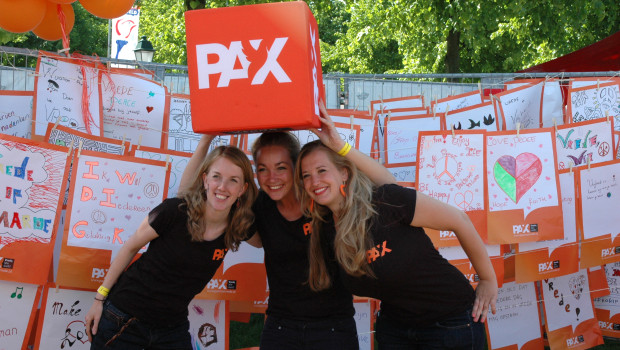 PAX has collected more than 40,000 signatures in the citizens initiative “Sign against nuclear weapons” (Teken Tegen Kernwapens). This means that the Dutch parliament must debate a national ban on these weapons of mass destruction. This will bring the removal of nuclear weapons from the Netherlands a step closer and intensify support for an international ban treaty.

On August 6 and 9, seventy years ago the atomic bombings of Hiroshima and Nagasaki occurred. During the commemorations in Japan the horrific effects of nuclear weapons on people will be the focus of discussions. “Nuclear weapons are weapons of mass destruction that we should ban as soon as possible,” says Krista van Velzen of PAX. “Meanwhile, 113 states already committed to negotiations. It is high time that the Dutch government joins the majority.”

Ewoud Goudswaard, CEO of ASN Bank, said  “Weapons cause so much human suffering. As a bank we do not invest in companies that are involved – in any way – in the commercial production, trade and distribution of weapons. We sincerely hope that a ban on nuclear weapons is negotiated soon.”

At the Dutch airbase Volkel approximately twenty US nuclear weapons are stored. “The support we have received for our petition indicates that a large portion of the Dutch population wants to get rid of nuclear weapons,” Van Velzen explains. In September PAX will present the signatures to the parliament. After the signatures are presented the parliament will determine when the debate on the initiative is held.