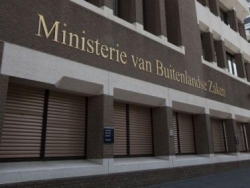 Will the Netherlands lead the way to nuclear disarmament?

A desire to be consistent in nuclear policy is the justification the Dutch have given for not joining along with more than 70 other states in a joint statement on the catastrophic humanitarian consequences of nuclear weapons.

This is unfortunate, given that the Netherlands is recognised as one of the leaders in the nuclear weapons and disarmament discussions taking place at NATO headquarters in Brussels, and that Dutch talked about the consequences of nuclear weapons in both their national and the 10 nation NPDI speech delivered this week.

The past few Dutch governments have strongly advocated for global nuclear disarmament, at the same time the Netherlands still hosts US nuclear weapons. There are about 20 B61 nuclear bombs stationed at Volkel Airforce Base. Continuing to host these weap- ons contradicts the spirit, if not the letter, of Article II of the NPT, which prohibits non-nuclear weapon states from acquiring nuclear weapons. Past governments have failed to remove the weapons, saying that NATO consensus is needed—and was not found. The current government is about to make up its mind about how to address this issue. With parliament increasingly vocal in calling for an end to the B61 hosting, it is possible that the Netherlands might break the NATO stalemate on this issue before the 2015 Review Conference.

An often used argument to defend the deployment of American nuclear weapons in Europe is that the B61 bombs remain in custody of the US in peace time. It is an argument that can be countered by the fact that the Netherlands is providing the services needed to deploy these weapons: The infrastructure on the ground, but also the aircraft, pilots and support personnel. In war- time, it will be Dutch pilots who would drop the bomb.

A recent opinion poll shows that a 87% majority in the Netherlands support getting rid of the B61. Two relatively recent Dutch parliamentary resolutions on this issue have: first, urged the government to convey the message to the US government that the Nether- lands no longer needs tactical nukes on its soil and, most recently, that the B61 are both dangerous and useless, the upcoming modernisation is a waste of money, and the government should make the removal of all B61 in Europe a ‘hard policy goal’.

The good news for this parliamentary majority is that the new minister of Foreign Affairs, Frans Timmermans, was very outspoken in favour of the removal of the B61 when he was Labour Party spokesperson in Parliament. He has a long track record of advocating for nuclear disarmament and for a decreased reliance on nuclear deterrence. He has fiercely criticized the continued forward deployment of US nuclear weapons arguing that after the Cold War, they have no military or strategic value. In several instances, he has called on the US to “come and take the weapons home” and he once called the B61 bombs “as useful as nipples on a male pig”.

That was parliamentarian Timmermans. Needless to say, many in the Netherlands eagerly look forward to the day that minister Timmermans will deliver on his previous statements and announce that the B61 have been removed B61 from the Netherlands. Pressured by parliamentary questions, Timmermans asked for time to consult with allies and prepare a letter to Parlia- ment to outline his nuclear weapons policy, expected in May or June. The letter creates an opportunity for the Dutch government to act on the resolutions in parliament, and to take a firm lead in challenging the NATO practice of forward deployed nuclear weapons. It is well known in Brussels that the Dutch are a nuclear disarmament leader, it is yet to be seen if they will extend that leadership to join South Africa and more than 70 others in the NPT context.