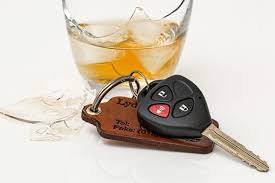 The US Nuclear Posture Review is damaging to the global nuclear disarmament and non proliferation regime, in a number of significant ways.

The posture review is also talking about creating a new type of more usable nuclear weapon. As if the US didn’t already have lower yield nuclear bombs.  Yet, there’s nothing that explains in what way this kind of capability does anything other than increase the chances that nuclear weapons will be used. There’s been flurry of comment over the the US Centers for Disease Control announcement to do a training on public health responses to nuclear weapons use. The thing is, might start up training on how to survive a nuclear bomb, conveniently forgetting that the international community has stated clearly that no help would be coming. The fact that even small nuclear weapons would have catastrophic transnational impact is yet another reason the majority of world’s countries decided nuclear weapons should be illegal.

US and Russia discuss extension of New START →

US Withdraws from yet another treaty →