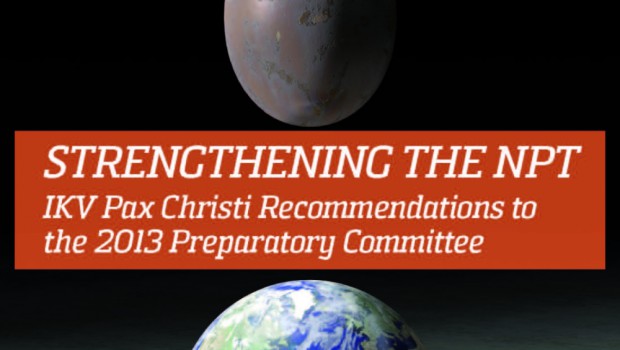 NPT Members agreed in 2010 that any use of nuclear weapons would have catastrophic humanitarian consequences. IKV Pax Christi urges all states to reaffirm this statement at the 2013 PrepCom. In addition, we encourage States to make an explicit reference to the recent conference in Norway on the Humanitarian Impact of Nuclear Weapons, and to welcome Mexico’s initiative to host a follow-up meeting.

IKV Pax Christi is a Dutch peace and security organisation working on a wide range of disarmament issues, including nuclear weapons. The organisation is a proud partner of the International Campaign to Abolish Nuclear Weapons (ICAN) and hosts the global secretariat of the Abolition 2000 Network.

Downoad the report: Strengthening the NPT: Recommendations for the 2013 PrepCom