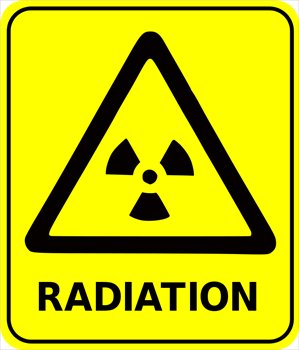 In the coming two weeks the second session of the Group of Governmental Experts on a possible Fissile Materials (Cut-off) treaty will be meeting in Geneva. According to insiders, one of the issues that will be discussed this time around is the scope of any future treaty.

This Group of Governmental Experts (GGE), was formed by a UN General Assembly resolution A/RES/67/53 and is responsible for writing a report sometime in 2015 that will “make recommendations on possible aspects that could contribute to but not negotiate a treaty banning the production of fissile material for nuclear weapons or other nuclear explosive devices”. It is not allowed to actually negotiate. Only to come up with things that might be included in a future treaty, if one were ever to be negotiated. Like the Open Ended Working Group to take forward proposals for multilateral nuclear disarmament, the GGE is an attempt to break through the nuclear disarmament deadlock that has plagued Geneva discussions for decades.

How to deal with fissile materials (the stuff that gives nuclear weapons their big bang) has been on the agenda for decades. There are lots of issues and questions and the scope of any future treaty is one of the biggest outstanding divisions in the discussions since the idea of such a treaty was first brought up. In fact, the first draft of such a treaty- presented by the US to the UN Disarmament Commission on behalf of the US, Canada, the UK and France in August 1957, was rejected by the USSR. The USSR took the position that prohibiting fissile material production is inconsequential without banning nuclear weapons as well.

However a ban treaty is not what the GGE is discussing at the moment, instead they will be talking about the scope of a treaty over the course of the next few weeks. In that discussions they will likely try to come to some general understandings around the most divisive question about whether any treaty should apply to future production only, or should also include stocks?

Disarmament proponents tend to advocate for some consideration of stocks, while those who believe that the real value of any fissile materials treaty is in its non-proliferation aims (namely halting the arms race in South Asia) tend to stick with future production only.

When looking at scope, or any questions in the nuclear disarmament discourse, the big question for me is: how does it help create and/or maintain a nuclear weapons free world?

Of course the easiest way to make such a treaty non discriminatory, and to work around any suggestions of discrimination, is to start with a baseline where nuclear weapons are illegal, for everybody. Not unlike the Soviet position in 1957, cutting off future production without outlawing nuclear weapons as a whole risks a limited result.

The issue of a fissile materials treaty has been often discussed, and since about 2006, the Conference on Disarmament has arranged dedicated sessions each year for member states to elaborate their positions. In 2014, these discussion were held behind closed doors. Interested civil society were not allowed to participate (well, participate is maybe too strong of a word for sitting silently in the gallery, perhaps witness would be better, but either way, the door was closed).

However, in 2013, these discussions were open, and it is rather unlikely that state positions have changed significantly in a year. At that time it was clear some states—or as then Ambassador Hellmut Hoffmann of Germany noted, “mostly the nuclear weapons possessor states” —felt that the first and foremost a FMCT should deal with the future production so that the stockpiles don’t increase. This was reinforced by the American and British statements both of which talked about capping future production.

The other nuclear armed countries- India, Israel, North Korea and Pakistan have varied degrees of fissile materials production capacities. None of these countries are enthusiastically supporting the start of negotiations on a fissile materials treaty, and Pakistan is outright blocking the start of negotiations. India is relatively silent on the matter, and as the history of the Comprehensive Test Ban Treaty shows, is likely to participate in any negotiations and express its opinion throughout. Israel is always quiet on this subject- so much so that the last time the CD adopted a programme of work it was done only once the Israeli representative had time to quickly leave the room before the gavel came down.

For North Korea, there are lots of questions about their production capacities, many of which crowd sourcing techniques have been verifying (or at least providing information about in a publicly sourced de-classified manner- something else the GGE should think about).

One of the challenges the GGE continues to face, that so far, have not been publicly reported on, is how would a treaty do more than make the additional protocol legally binding on all states? At one time, some FMCT advocates made it clear that the treaty would put no additional obligations on any country in good standing with their comprehensive safeguards agreements with the IAEA. These days, one would likely consider the Additional Protocol to be the standard by which to comply, but either way, any treaty like this will be primarily focused on providing confidence in data exchanges between nuclear armed countries and have very little impact on non-nuclear armed countries.

That, of course, makes some people (like me) question the whole exercise. Aside from the admittedly awesomely geeky and nerd-a-liscious discussions about fissmats, why give this issue so much political attention? Then I remember that this is a great distraction and excuse for the NPT recognised nuclear armed countries to say that they are trying to make promise on their NPT obligations but are prevented by others….

Anyway, even if I personally think that outlawing nuclear weapons would be easier in the near-term than achieving a comprehensive outlawing of the production of fissile materials, I truly enjoy the academic nature of the exercise and thinking through some of the aspects of any future treaty. So, in looking ahead to the coming two weeks of discussions, here are some thoughts I hope the experts will keep in mind.

A number of the nuclear armed countries, those who don’t want any fissile materials treaty to relate to past production, could likely support an inclusion in the treaty of the verified dismantlement of closed production facilities. To make that work, and to be consistent, complete and therefore confident in it, the collection of legacy data should start now. This is something that can happen, even in the absence of a treaty. Legacy production data would also need to include amounts produced. When collecting information on past production of any facility, it will be important to include information about material produced for a variety of streams- including civilian, warhead, and naval propulsion. This could initially be presented in broad categories- with incremental expansion of detail as confidence improves. This type of data collection should also consider the losses that happen at production facilities. Continuity of knowledge will also be important and need to be considered in developing mechanisms for long term historical data collection and information storage. Legacy data, including interviews of former workers, examination of journals and logs, will eventually need to be incorporated as well.

As most of the nuclear armed countries have halted production, provision will need to be made for the physical facilities to undergo verified dismantlement. This will serve several purposes. It will make sure that the facilities are preserved at the moment in such a way that they cause no (further) harm to the environment. It will allow for independent assessment that the facility has indeed ended production, and it offers opportunities for nuclear forensic or archaeological mechanisms to assess the scope of past production. These mechanisms should be developed in conjunction with either nonnuclear armed countries or the IAEA, as external expertise will be required to meet confidence standards.

For an eventual fissile materials treaty to have a beneficial impact on nuclear weapons dismantlement, it will be important to create baseline data to allow for verifiability of weapons grade material production and recovery. Some states, like the US and the UK have already begun making declarations about past production. There have been challenges along the way, like the 2006 difficulties in the UK in distinguishing what HEU was made for military and what was developed for civilian purposes. Difficulties aside, the creation of baseline data on materials production will be extremely useful if there is going to be any sort of future multilateral agreement on verifiable dismantlement of nuclear weapons. There is already quite some information- that does not risk sharing classified data- available. This could be expanded upon, and the GGE should consider developing some reporting forms that would be comfortable for the GGE members, and could set the stage for other agreements in the future. As there is already some overlap with the Non Proliferation Disarmament Initiative membership- who already have experience in developing reporting templates.

Concerns may be raised about the need to protect nuclear weapon design information. For that reason, it might be easier to provide information about what was produced in total, but not declare specifically what went into which stream (civil, warhead, naval).

At the end of the day, it seems that the point of a fissile materials treaty are two-fold: 1) to stop arms racing in Asia and 2) to create the baseline data for verifiable nuclear warhead dismantlement. To achieve both of these objectives, in a way that is least discriminatory suggests that negotiating an international legal instrument that would prohibit its parties, their nationals, and any other individual subject to its jurisdiction from engaging in any activity related to the use, development, production, stockpiling, transfer, acquisition, deployment, and financing of nuclear weapons, as well as assistance with these acts under any circumstances, would be the best next step. A treaty that outlaws nuclear weapons, negotiated even without the participation of the nuclear armed countries, would create the conditions to eventually negotiate a treaty banning the production of fissile materials. And, it wouldn’t need to wait until the conclusion of this GGE’s work to begin.

A nuclear ban treaty would allow for the clarification of any questions on the legality of possession of nuclear weapons and would clearly and with conviction codify the goal of a nuclear weapons free world. It would allow for all participants in any negotiations on a fissile materials treaty to avoid the risk of validating the nuclear arsenals of those countries outside the NPT.

The discussions over the next two weeks will look at a range of issues. Hopefully all members of the GGE will bear in mind how simply banning the production of fissile materials will not guarantee the elimination of nuclear weapons, but will, like a treaty outlawing nuclear weapons, take us a little bit closer to the nuclear weapons free world we all want.