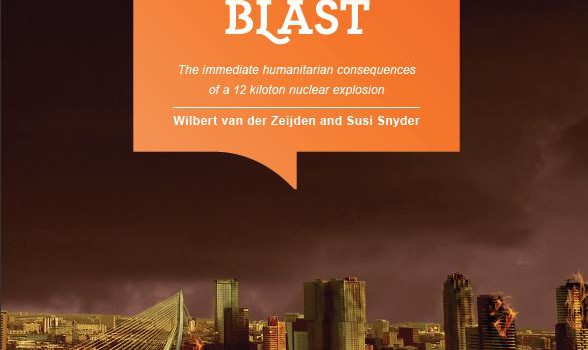 Today PAX is presenting the ‘The Rotterdam Blast’ report.

Based on population numbers and facts on the short-and long-term effects of nuclear weapon explosions, PAX outlined a realistic scenario on what would happen if attackers would get a nuclear bomb in their hands and explode it in Europe’s largest logistic and industrial hub: the port of Rotterdam. Main conclusion: no one is able to prepare for such a disaster and the people of Rotterdam and surroundings cannot be protected adequately.

Download the report: The Rotterdam Blast: the immediate humanitarian consequences of a 12 kiloton nuclear explosion