In “Operation Steadfast Noon” NATO members are training to actually use nuclear weapons. These types of exercises are conducted annually and in them NATO members prepare to use nuclear weapons- to drop bombs that have (as the Irish called them) “calamitous consequences”- including leaving an intergenerational legacy of harm and suffering. Belgian peace activists are using non-violent means to stop this preparation for catastrophic humanitarian harm.

As of 7:30 AM peace activists are using non-violent means to try and stop the departure of F16 airplanes from the base in Kleine Brogel. Starting today, Belgian pilots are training for the deployment of nuclear weapons together with their NATO-partners. Small groups of activists are going onto the runway to stop the taking off of the F-16s. Meanwhile, the main gate of the base is being blocked. In this way, Vredesactie and Action pour la Paix hope to prevent the preparation for war crimes.

From 15 to 26 October, Belgian F-16s from the military base of Kleine Brogel are participating in the NATO-exercise “Steadfast Noon” in the German air base of Büchel. This exercise is a way of training for the deployment of nuclear weapons. All NATO-countries that have American nuclear weapons on their territory are participating: Belgium, Germany, Italy, Holland and Turkey. Some other countries are taking on a supportive role.

“The American nuclear weapons stored in Kleine Brogel are not merely relics from the Cold War”, says Roel Stynen from Vredesactie. “This NATO-exercise makes it clear that the deployment of these weapons is being actively prepared. If these nuclear weapons no longer have any military purpose – as we are told – then which scenarios are being practiced?”

Benoit Calvi from Action pour la Paix: “The majority of the population wants these nuclear weapons removed from our country. But our minister dodges any attempt to a debate. Apparently being a member of NATO is more important than having a functioning democracy.”

Preventing the preparation of war crimes
Small groups of activists have entered the base. They head towards the hangars for aeroplanes to stop the departure of combat planes, risking life and limb. Meanwhile a colourful blockade at the main gate stops entry of personnel to the base.

First of all a distinction must be made between enemy combatants and civilians. It follows that weapons that are incapable of making such a distinction can never be used. Second, it is forbidden to inflict unnecessary suffering to enemy combatants. Therefore, weapons that inflict such suffering can not be used. The consequences of using nuclear weapons cannot be limited in time and space. The nuclear weapons stationed in Kleine Brogel can never be deployed without violating these fundamental rules of the law of war and without committing war crimes.

Belgian criminal law also penalizes these acts of preparation, e.g. in art. 136sexies of the penal code: “the keeping of an object destined for such a crime or which facilitates the perpetration of such a crime”. Participation in this exercise amounts to an active preparation for the use of nuclear weapons and therefore for crimes of war. It also makes it clear that the storage of nuclear weapons in Kleine Brogel is a part of this active preparation.

Belgian peace organizations file a complaint
On October 9 several Belgian peace organizations – Vredesactie, Pax Christi Vlaanderen, Vrede vzw, CNAPD, Action pour la Paix en MIR-IRG – already filed a complaint with the police against this exercise. Tom Sauer (professor of International Politics at the University of Antwerp) participated in filing a complaint: “These weapons are useless and dangerous. It is unacceptable that Belgian pilots are practicing for the deployment of weapons of mass destruction.”

So far neither the department of defence, nor the judicial authorities have indicated that the participation in the nuclear exercise will be suspended, which is why Vredesactie and Action pour la Paix are taking their responsibility to try and prevent these war crimes.

Images will appear after the action on: 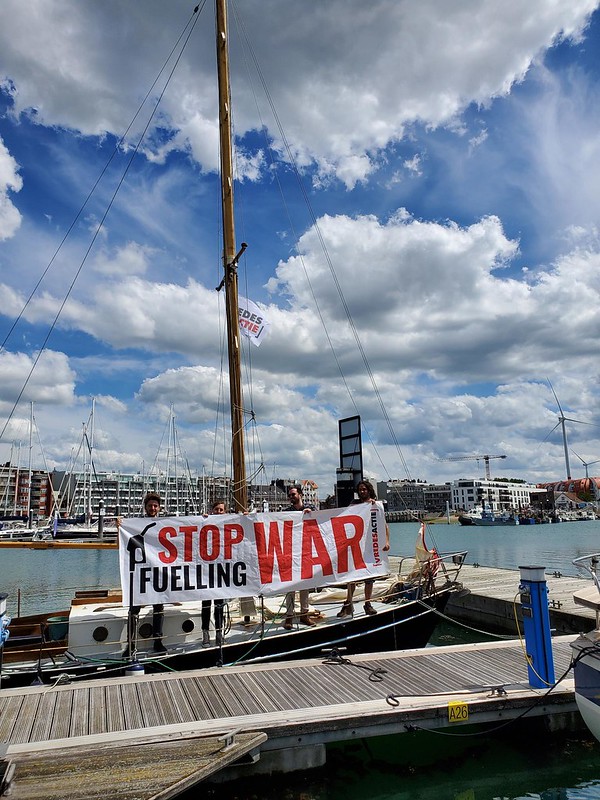 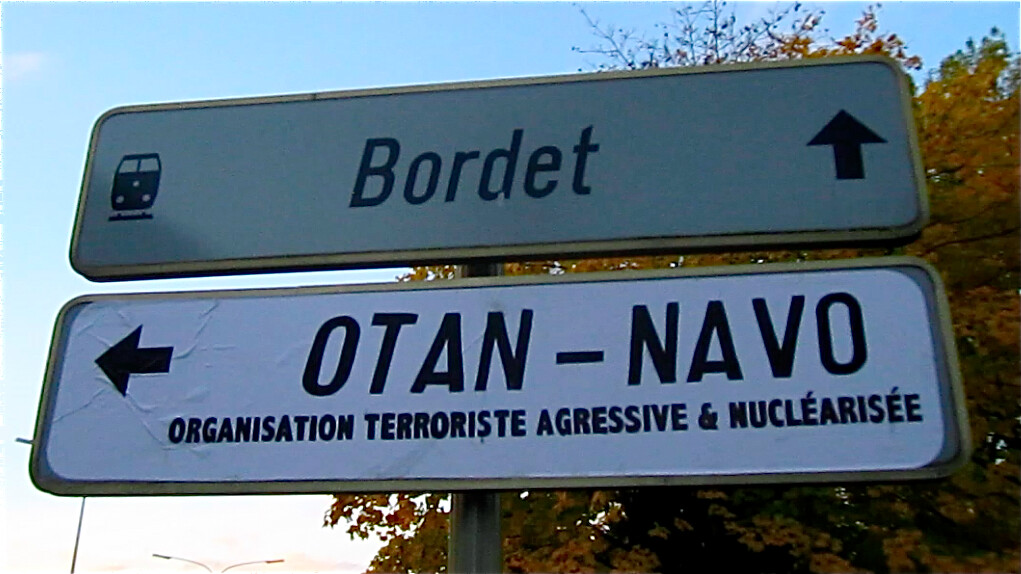