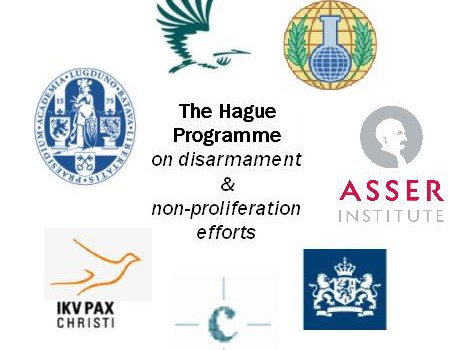 The Hague Week on Disarmament and Non-proliferation, 3 – 7 September 2012

Next week is The Hague Week on Disarmament and Non-proliferation (3 – 7 September 2012). Participate at the “Science for Peace: Promoting education and ethics in chemistry, biology and nuclear science to ensure global peace and security” discussion on Monday 3 September (16.00-18.00h, The Hague Institute for Global Justice), join the “The Middle East Free of Weapons of Mass Destruction?” lunch event (11.30-14.00h, The Hague City Hall) or many other events.

You can find the complete The Hague Week on Disarmament and Non-proliferation programme here.

If you are interested in an event and have not received an invitation, we encourage you to inquire with the listed contact persons regarding the availability of seating.