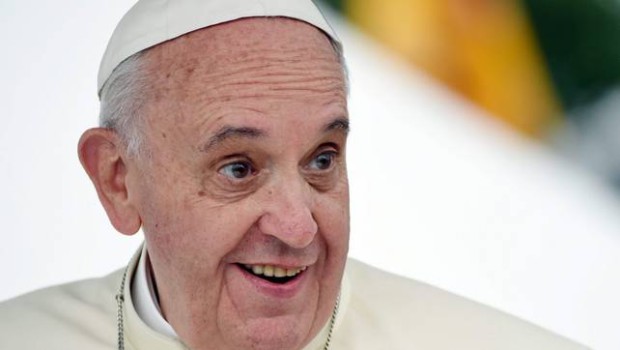 ‘Spending on nuclear weapons squanders the wealth of nations. To prioritize such spending is a mistake and a misallocation of resources which would be far better invested in the areas of integral human development, education, health and the fight against extreme poverty. When these resources are squandered, the poor and the weak living on the margins of society pay the price’.

I’m sitting in the conference on the humanitarian impact of nuclear weapons, feeling simply inspired. These words, that sound like they come from a revolutionary activist or a radical left wing politician actually come from the pope.

Pope Francis, has send a message to the Intergovernmental Conference on the Humanitarian Impact of Nuclear Weapons that started yesterday in Vienna The Holy See has often stood up to defend the status quo on issues such as sexuality. It made me realise things can change for the better. Pope Francis has inspired a lot of people to look at their behaviour, consumption patterns and at the way we treat each other and the planet. And now calls on states to work on their nuclear addiction.

With 158 states gathering to study research on the humanitarian impact of the use of nukes and the humanitarian impact of testing, not all are ready to listen to these words of reason. Some delegations are actually really stubborn thinking nuclear weapons are vital for their nations stability and security. I hope, even though the message has probably not landed yet, that the delegates are listening closely to the testimonies of the victims of nuclear testing and to the words of the pope and realise nuclear weapons have nothing to do with security.

‘Nuclear weapons are a global problem, affecting all nations and impacting future generations and the planet that is our home. Military codes and international law , amongst others, have long banned people from inflicting unnecessary suffering . If such suffering is banned in the waging of conventional warfare, then it should all the more be banned in nuclear conflict ’.

I could not agree more! The support for our campaign, asking states to start negotiations on a treaty banning nukes is growing. The support of the pope adds up to the 155 countries that are calling on the global community never to use nukes again and to quickly eliminate existing arsenals. We are writing history here.

Calling the bombs back? →