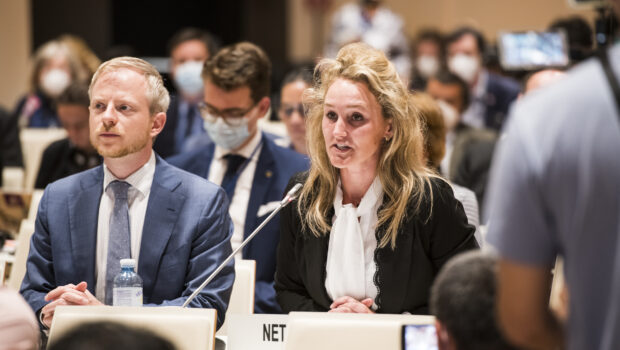 Netherlands attends 1st Meeting of States Parties to the TPNW

The First Meeting of States Parties to the Treaty on the Prohibition of Nuclear Weapons (TPNW) in Vienna concluded on June 23. States parties adopted a political declaration and an action plan. The latter includes among others concrete steps to be taken to support communities harmed by the use and testing of nuclear weapons. The Dutch government expressed a willingness to engage constructively in discussions around the Treaty but at the same time maintained that joining would be incompatible with NATO obligations. Read the full statement delivered by the Dutch delegation here.

Under the chairpersonship of Austria, states parties agreed upon an ambitious action plan. They also firmly declared not to rest ”until the last state has joined the Treaty, the last warhead has been dismantled and destroyed and nuclear weapons have been totally eliminated from the Earth”. To achieve this, states parties will actively call upon other countries to join the Treaty, both in bilateral conversations and within UN fora.

A unique element of the Treaty is the obligation to provide victim assistance to those impacted by nuclear weapon use and testing, as well as environmental remediation. This predominantly concerns areas affected by nuclear weapon testing, like the Marshall Islands, French Polynesia and Kazakhstan. In the next two years states parties are to carry out an assessment of these impacts. States will also start working on the establishment of an international trust fund.

The Netherlands attended the Meeting of States Parties as an observer, just like NATO members Germany, Norway and Belgium. Soon-to-be NATO states Sweden and Finland also joined the meeting as observers. The statements delivered by Germany and the Netherlands were in some ways similar but also contained important differences. The Netherlands emphasized on the one hand the importance of disarmament and appraised the opportunity to participate in the discussions in Vienna, but noted at the same time its concerns around the compatibility of the TPNW with the Non-Proliferation Treaty (NPT). The Dutch government still considers the NPT to be the cornerstone of the nuclear disarmament regime; a point emphasised less by Germany. In its statement, the German government also expressed an interest in the positive obligations (victim assistance and environmental remediation) of the Treaty. Both countries maintain that NATO is a ”nuclear alliance” and will – as long as nuclear weapons exist -remain this way.

The campaign in The Netherlands

The points raised by the Dutch government did not come as a surprise. The same concerns were already outlined in a letter to Parliament in which the government explained its reasons for not joining the Treaty in 2019. These are closely tied to political considerations, however. NATO members face no legal impediment to join the TPNW. Only three out of 30 NATO states possess nuclear weapons (the US, France and the UK). Already since the ’50s has the US has been stationing nuclear weapons on the territory of five European states, including the Netherlands, each time under bilateral agreements. It was only in 2010 that NATO started to brand itself as a ”nuclear alliance”. Adherence to the nuclear weapon task is therefore not an allied obligation but rather an individual political choice. On the contrary, NATO members could fulfill an important role by acting as a bridge between states that own nuclear weapons and states that immediately prioritize nuclear disarmament.

The next meeting of states parties will take place in two years. Together with partners, PAX will continue efforts for broad political support for signing the Treaty. 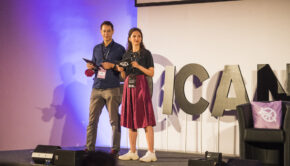 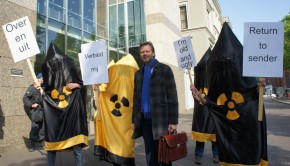