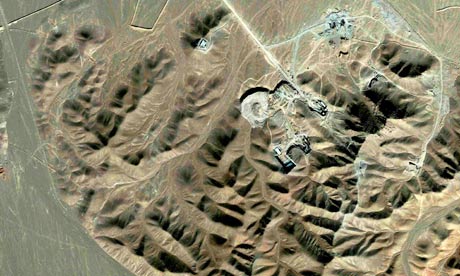 While tension is rising internationally over the question if Iran is building a nuclear weapon and if so, who should do what about it, Iran announces that it has started up a new uranium enrichment plant in Fordo. Before using ‘Fordo’ as an argument for or against any policy, it is important to first get the facts straight.

Was ‘Fordo’ a surprise?

No. It’s been known since 2009 that Iran is building Fordo and since then the facility has received regular inspections from the International Atomic Energy Agency (IAEA), like last week. In the last IAEA report on implementation of the NPT Safeguards Agreement (November 8, 2011), the IAEA reported that “Iran had installed 174 centrifuges in […] two cascades” and that “the main power supply had been connected to the facility”. The Agency also concluded that Fordo “is being constructed according to the lasts Design Information Questionnaire”. Nothing out of the ordinary there. The opening of Fordo is not much different from the opening of any other enrichment facility world wide.

What is Fordo?
Fordo is a next generation uranium enrichment plant that allows Iran to enrich uranium more efficiently and with better safety standards. The expected products of Fordo are to be used in nuclear power reactors and in hospitals. Fordo will not be able to produce weapons-grade uranium. Iran has stated that once Fordo is fully operational, it will draw down enrichment at the older Natanz facility. As long as IAEA inspectors are allowed to inspect as they have been over the past years, there is no reason to assume that Fordo will allow Iran to divert nuclear material away from the civilian fuel cycle to military uses.

So Fordo is no problem?
Well…. That depends on how you look at it. The UN Security Council has demanded from Iran that it halts all domestic enrichment activities until Iran convincingly shows that it is not secretly developing a nuclear arsenal. So according to the UNSC, Iran is in non-compliance. Iran however, has always denied the UNSC’s authority in this respect. As a party to the NPT, Iran has the right to develop it’s own civilian nuclear industries and capabilities. Enrichment included. The UNSC – says Iran – has no right to demand a termination of enrichment.

Why is Fordo important to Iran
Iran believes it can not rely on international supply of enriched uranium to fuel its nuclear reactors. Previous attempts to set up an international supply chain providing Iran with sufficient enriched uranium failed because no plan managed to convince Iran that it would be certain of a steady supply without the possibility to be blackmailed by the suppliers. Fordo ensures a steady supply of enriched uranium, provided that Iran can get sufficient uranium ore. Fordo is built underground, which makes it more difficult for potential adversaries the opportunity to destroy the site. Given Western anti-Iranian sentiments, and the history of attacks on nuclear facilities in the region, Iran appears to be taking safety precautions by putting the facility underground.

Is Fordo a symbol of Iran’s intentions to violate UNSC resolutions?
Possibly, but not necessarily. It is tempting to interpret Iran’s announcement as an Iranian show of resolve, an escalation in the face of growing pressure. There’s another way of interpreting Fordo though: Iran planned this facility for years, and it was just now ready to open it. Because the building is done. Because all the technology is in place. Not opening Fordo would be a signal that Iran is acknowledging that domestic enrichment can still be a matter of negotiations. And that’sa signal that Iran does not want to give.

Will all this strengthen the call for more sanctions against Iran?
That depends on who you ask. In the West, Fordo will be explained as part of a long process of non-compliance or non-cooperativeness from Tehran’s side. On the other hand, Fordo raises the question what the sanctions are actually aiming to achieve. If the sanctions are to force Iran to be more transparent about its nuclear activities, the opening of Fordo is irrelevant – everything about Fordo is transparent. If the sanctions are to force Iran to internationalise its uranium supply chain, Fordo is highly relevant. But in that case, Iran would be right to complain that ‘the West’ is punishing Iran for doing just what the NPT allows it to do.

The deal is dead, long live the deal! →