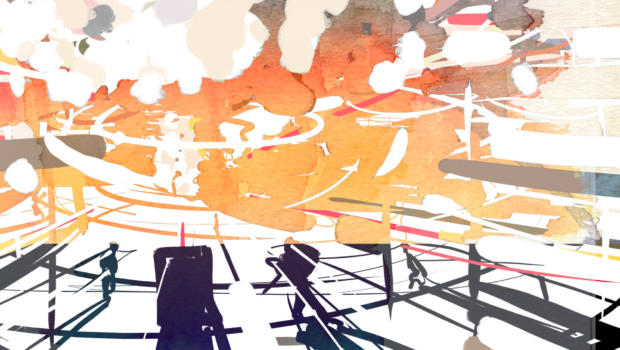 How can nuclear risk be reduced?

Last Monday, the Vienna Centre on Disarmament and Non-proliferation (VCDNP) hosted its first webinar in a series leading up to the postponed 2020 Non-Proliferation Treaty (NPT) review conference. Diplomats and academic experts from Sweden, Switzerland, the UK, Mexico, and the US discussed the issue of effective and sustainable nuclear risk reduction.

What is nuclear risk?

Nuclear risk can be defined in multiple ways and along a spectrum. At a minimum, UK Ambassador Aidan Liddle, chose an interpretation of ‘the risk of nuclear warfare’. Going broadly beyond this interpretation, Mexican Ambassador Maria Antonieta Jaquez Huacuja, included the threats posed by nuclear weapon-owning states and the catastrophic intended as well as the unintended consequences of nuclear weapons arsenals outside of conflict.

The Stockholm Initiative and the Berlin Declaration

The Stockholm Initiative, which includes nuclear weapons-hosting states like the Netherlands, but no nuclear weapon owners, recently published the Berlin Declaration (February 2020) and a working paper (May 2021) in which nuclear risk reduction was mentioned as a necessary focal point for the NPT Review Conference. The Declaration emphasizes the universal character of nuclear risk reduction: countries owning and hosting nuclear weapons and those states who do not can implement multi-dimensional and joint measures, and make collective statements to address nuclear risk. The working paper included an additional 11 stepping-stones towards eventual nuclear disarmament. It made an explicit reference to adopt action 5 of the 2010 NPT Action Plan – to have nuclear weapon states make declaratory commitments to “accelerate concrete progress on the steps leading to nuclear disarmament.”

Suggested measures by the collective include:

In the discussion between the panelists, Dr. Heather Williams from the Massachusetts Institute of Technology brought up the concept of ‘No First Use’ as a viable nuclear risk reduction measure. When a nuclear weapons-owning country pledges ‘No First Use’ it means to not use nuclear weapons in conflict unless attacked first. This pledge has been made by China (1964) and India (1999).

From the perspective of a nuclear-owning state, Ambassador Liddle rationalized that the pledge is not a risk reduction measure, and that it only contributes to trust if it matches up with a state’s capabilities. A state can include ‘No First Use’ in its strategic doctrine but leaves out the question of whether it will stick to it in times of crisis. Along the same lines, it essentially encourages escalation, also by conventional means. Remarkably, the UK’s recent announcement to raise the number of nuclear warheads is an escalatory measure of itself which was not addressed.

Other roads towards nuclear risk reduction

Further measures mentioned by the panelists included a joint agreement on the humanitarian implementation of AI and cyber in nuclear policies, explicitly addressing the current security environment and why nuclear owning states believe they need nuclear weapons, and the repeated recognition of the existing NPT commitments.

Interestingly enough, all speakers shied away from explicitly mentioning the Nuclear Ban (TPNW) as an effective measure to reduce nuclear risk, even though “the establishment of nuclear-weapons-free zones in all regions of the world” as suggested by the Stockholm Initiative sounds quite familiar.