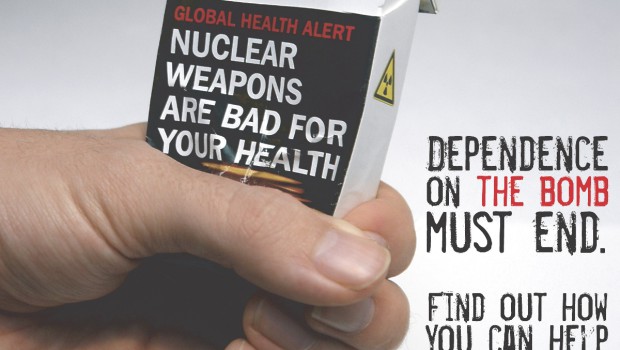 Don’t we all have friends that both keep on buying one box of cigarettes after the other and say they really want to quit?

This week SIPRI launched a report with the sad conclusion that the speed of nuclear disarmament is slowing down seriously and all nuclear weapon states are modernising their arsenals and making massive investments in their nuclear programmes.

Whereas at the start of 2013 the global arsenal counted 17.000 nuclear warheads, one year later we are only at 16.300 and the warheads that have been dismantled weren’t even the ones that were on alert.

At this pace global zero would only be reached in 2037, nearly one hundred years after the bombing of Hiroshima and Nagasaki. That is, if the pace would not be slowed down any further…

So what to do?